Rick Lochner grew up in the military. During the 20 years his father was in the army Rick and his brothers and sister moved 26 times. He learned to adapt quickly to his changing environments and from an early age became a very goal-driven individual, setting his first two major goals at age twelve. His first goal was to become an Eagle Scout, which he did in only two years. At one point he was the highest ranking Boy Scout in Alaska. His other major goal was to do whatever we needed to do to get into and graduate from West Point, which he did ten years later. Rick graduated from West Point in Fort Polk, LA and was commissioned Army Signal Corps, the predecessor to Army Air Corps which became the Air Force.

In 1990 Rick found his plans of a life-long career in the military to be changing. Following the end of the cold war he realized his strategy advancement in the military was coming to an abrupt halt when he was informed that he wouldn’t be promoted anymore. For the first time his life Rick found himself living as a civilian, with a responsibility to provide for his family, including three young sons. Only two months he found himself interviewing for a job as a project manager for Sprint.

Unfortunately the interview wasn’t going very well. Sprint’s concern was that someone coming from the military couldn’t adapt to their ever-changing, dynamic and fluid environment. But this challenge, like many before, didn’t phase Rick. As someone who had worked seven jobs in eleven years for the military he had learned a very valuable lesson about attitude. Any job you could give him he could do. It was never a matter of if he could handle some new challenge, it was only a matter of how long it would take him to master it and excel.

Rick quickly gained a reputation at Sprint for being able to tackle a variety of challenges. When a new and potentially difficult project involving video conferencing came up, none of the other project managers wanted it, but Rick volunteered. Less than two years later all the other project managers that were originally eligible for the job were working for him. His successes at Sprint lead to several promotions and Rick soon moved his family to Chicago where he become a  Director of Engineers.

Two years later an opportunity to become a Vice President for Sprint Business opened up. Rick quickly stepped in, running the central U.S., and being responsible for 640 people. But five years later, in 2003, Sprint decided it wanted to be a wireless company and move all of their executives to Kansas city. Prioritizing his family first and not wanting to move them again Rick decided to part ways with Sprint.

Instead of going back to work for another large company, Rick decided he wanted to become an entrepreneur, so he spent a year immersing himself in the entrepreneur world. In 2004 a company in Naperville, IL received their second round of funding and needed to place a high level of importance on operation excellence. Rick rose to the challenge and soon two thirds of the company reported to him. After two years the company was sold, but the highlight of his tenure was when the company acquired another two times their size, growing from 30 million to 140 million. Rick’s role during this time was a direct directive from the CEO — to make everything “normal” within six months.

When the company was sold Rick again found himself “out on the street” and he decided he wanted to get into healthcare. Many people told him he couldn’t do it, because his background wasn’t in healthcare. But throughout life Rick has found much of his motivation from people saying he can’t do something. Eight months later he was successfully managing a large portion of a disease management company in Atlanta, traveling back and forth to Chicago. The secret to his success was immersing himself in what doctors and nurses don’t like to do. Four years later this company too, was sold, leaving Rick at another crossroads.

In 2008 over Sunday brunch with a close friend and their wives they decided that at the age of 51, Rick should become an entrepreneur and launch his own company. In Sept. 2008 RPC Leadership Associates, Inc. was officially incorporated. Although started in the middle of one of the worst recessions RPC Leadership Associates, Inc. has continued to reach new levels of success, experiencing double-digit growth each year.

With two Master’s degrees under his belt Rick had always fostered an appreciation for education, leading him to begin teaching in fall of 2004. While he enjoyed teaching, what he really loved, was teaching in a facilitated fashion by engaging students in the process. Teaching really became an extension of his coaching style. In 2012 Rick authored his first book — The Missing Piece: Achieving Sustainable Success Through Business Alignment. 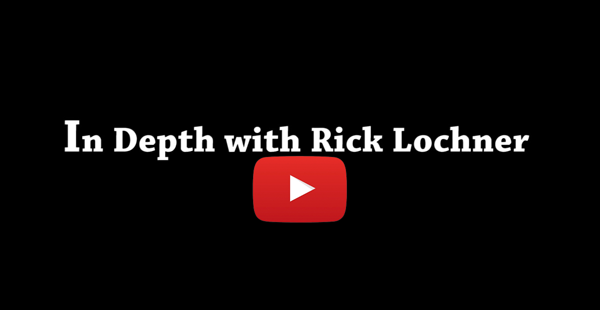 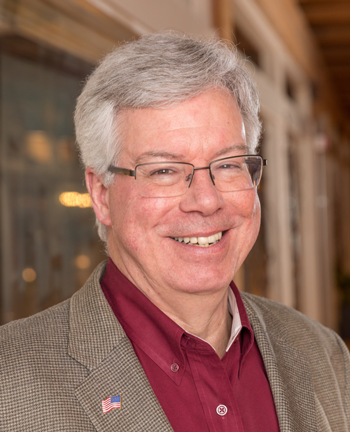 Rick Lochner is the President and CEO of RPC Leadership Associates, Inc.

He is an accomplished Coach, Facilitator, College Professor, Keynote and Workshop Speaker, Author and foremost, a Leader. His Vision is to help Business Owners, Corporate and Non-Profit Leadership Teams and Individual Professionals make Leadership a Way of Life. 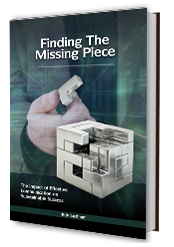 Finding The Missing Piece
The Impact of Effective Communications on Sustainable Success is a compelling roadmap to creating a sustainable success narrative for any business!