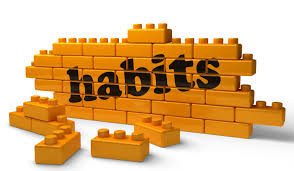 How are your habits supporting your team’s desired results?

Last month, we discussed the importance of relevant leadership skills, knowledge and attitudes through the lens of leading in a VUCA (Volatile, Uncertain, Complex, Ambiguous) business environment. We received a lot of great feedback from the network, especially as leaders look ahead at how they will effectively lead in a new year. However, my friend and fellow leadership colleague, Nicole DeFalco reminded me there is a fourth piece to the leadership development tool we call the KASH Box.

The KASH Box is a leadership development tool most widely credited to David Herdlinger, an experienced leadership business coach, author and speaker who runs KASHBox Coaching with his business partner Joan Walsh. I had the distinct honor of having been individually coached by both David and Joan in the early days of RPC Leadership Associates Inc. and credit both for their role in our success in those early years.

KASH is an acronym that stands for Knowledge, Attitudes, Skills and Habits and are arranged in a very specific way forming the box diagram shown below. 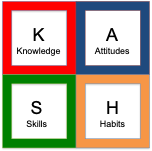 As we discussed last month, Skills (the What and the How) and Knowledge (the When and the Where) on the left side of the box represent the knowing part of the model. In other words, it is what leaders know about their role as effective 21st Century leaders and is what many organizations use as their criteria for hiring and/or promoting associates. Attitudes and Habits on the other hand, represent the doing part of the model. They represent what leaders are actually doing to be effective 21st Century leaders. It is also the area where most performance issues arise leading to performance management interventions and terminations. We know the importance of Attitudes from last month’s discussion, so let’s now explore the importance of Habits beyond what Ovid tells us in the title quote.

We define habits as regular tendencies or practices repeated frequently to the point they are almost involuntary. As we define Attitude as Habit of Thought, in this context we look at both mental habits as well as behavioral habits. Habits are typically hard to break so we also have to consider that leadership habits in one context may be quite effective while the same leadership habits in another context may prove quite ineffective!

The real key to understanding the importance of habit is that, unlike the other three elements of the KASH Box, habits are created. Skills, Knowledge and Attitude (to some degree) can be learned. Habits must be created in order to effectively support the leader’s development. This idea is why a majority of leadership development efforts fail to meet their original expectations. It is because new habits are not created in the context of the ever-evolving VUCA business environment allowing the old ineffective habits to prevail. Essentially, habits determine whether the other three are working and still relevant!

Jim Ryun, the former Olympian and first high school athlete to run a sub-four-minute mile, once said, “Motivation is what gets you started. Habit is what keeps you going.” In this VUCA business environment leaders find themselves navigating daily, it is the alignment of all four KASH Box elements that keep leaders on the path of sustainable success!

How are your habits supporting your team’s desired results? If you don’t know, we can help.

“I can explain it to you…